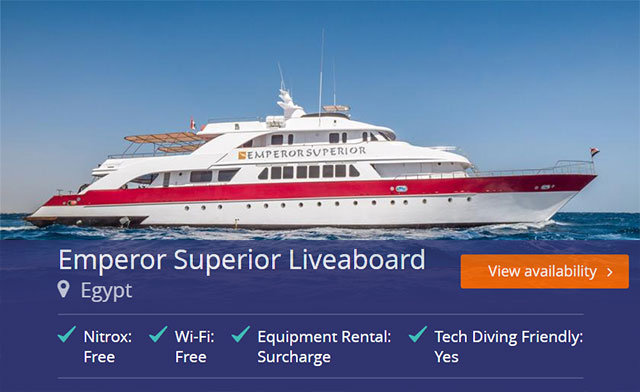 Comprising Emperor Superior, Elite, Asmaa and Echo, let you experience some of the best dive sites in the Red Sea aboard a spacious boat with holiday comforts and a first-rate team and crew. Emperor are noted for their excellent dive guides.

In the Dive Travel Awards 2020 Emperor Elite, their Red Sea flagship, won first Place for Best Liveaboard worldwide, which is even more impressive considering no Red Sea liveaboard has ever won before. 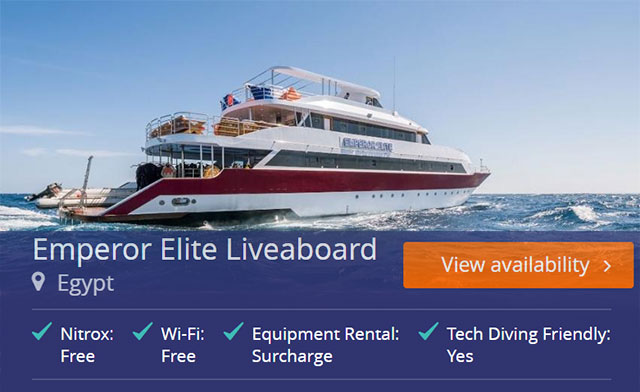 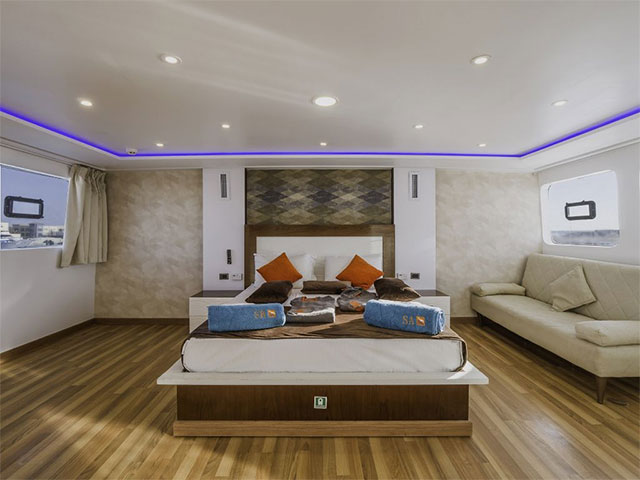 The boat's itineraries include some of the most attractive dive spots of the Red Sea. Southern routes represented by St. Jons reefs and caves, famous for sharks like hammerheads and white tip reef sharks. Another destination, offered by Emperor Elite is the famous triangle Brothers, Daedalus, Elphinstone - one of the few places you can see oceanic white tip sharks.. Plus there are the wrecks of the Thistlegorm and Rosalie Moeller. 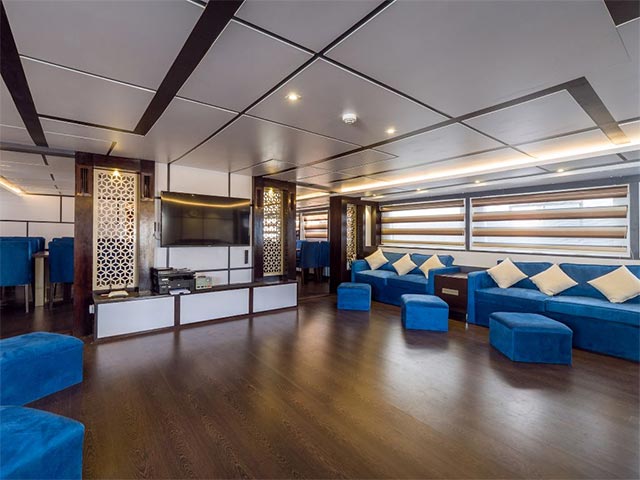 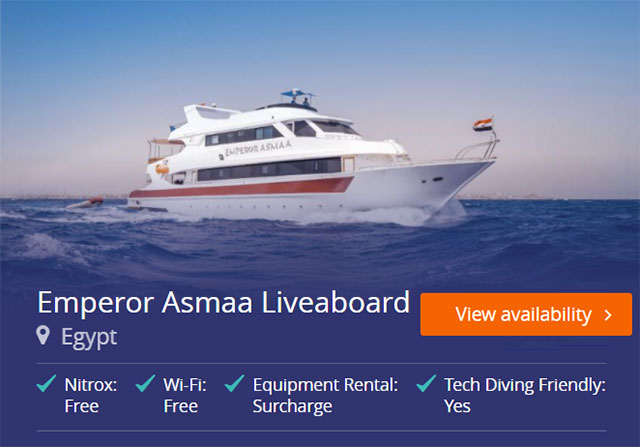 Up to 20 divers can sail on the Emperor Asmaa. Red Sea Sharks itineraries; getting you in front of the action wherever it is. Trips to the Deep South give you over 21 dives in a single week. Free Nitrox, WiFi and red wine at dinner

Ten twin-berth cabins all with air conditioning. The food is excellent and all the staff friendly. Transfers from Hurghada and Marsa Alam. 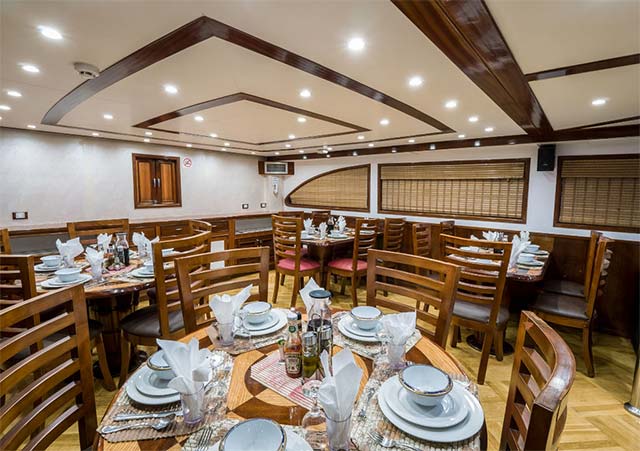 Emperor Superior sails from Hurghada and dives the Northern routes, with world famous wrecks and iconic reefs. Accommodating up to 26 divers in thirteen cabins. 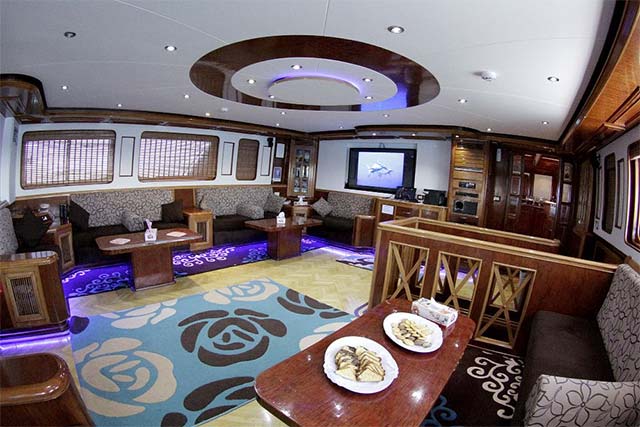 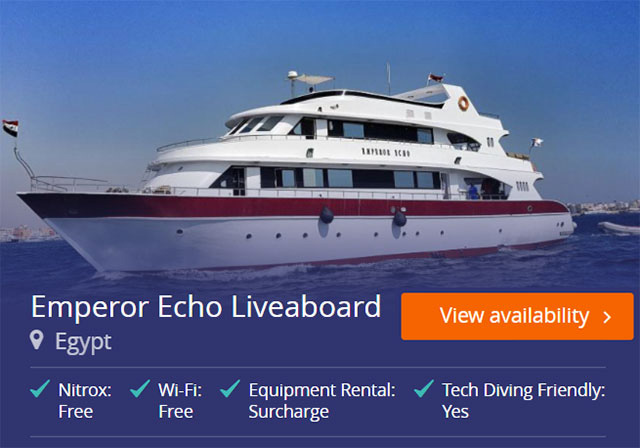 Fully refurbished in 2018, the Emperor Echo is a great value liveaboard which is ideal for groups. She is the latest addition to the Emperor Red Sea fleet offering exceptional value for money for the 'eat-sleep-dive-repeat diver'. Itineries include the south and St Johns, Safaga, the Brothers, Elphinstone and the northern wrecks. 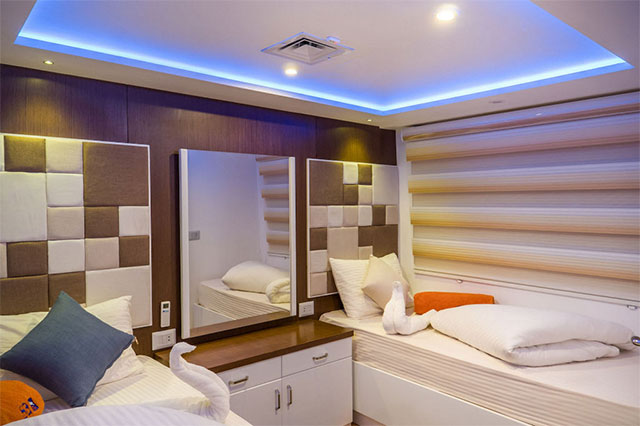 She can accommodate 26 divers in eleven twin-berth, one single-berth and a double cabin. All cabins are ensuite with individual air conditioning. 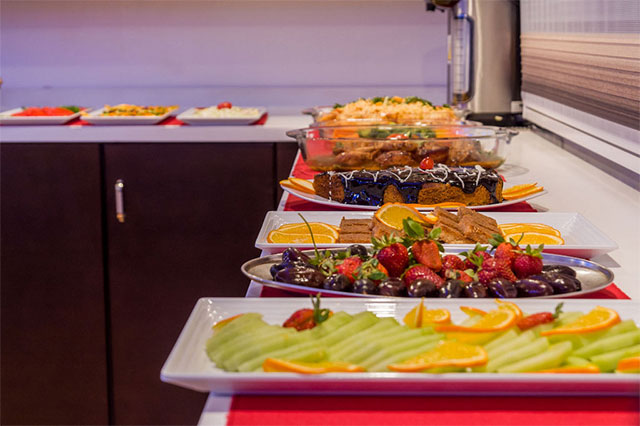 Which Red Sea Liveaboard to Choose?

When to Go to the Red Sea?

You can dive all year. The average water temperature ranges from a low of 20oC in February to a high of 31 oC in September in the far south. The winds are often weakest during full moon. Low season is December to February because of the cooler water, and June to August because of the heat, which makes for quieter dive sites. In the winter months you are also more likely to see Oceanic White Tip sharks in Egypt Read More on diving the Red Sea.

Zero deposit until 31st December 2020. Then 10% deposits. Any booking affected by COVID related travel restrictions will be allowed to be rescheduled, without penalty, up to the departure date

Emperor Fleet requests a printed negative PCR document that was used for travel into the country to be presented before boarding our boat. Please arrange your PCR tests in your home country before travel and not on arrival at an Egyptian airport