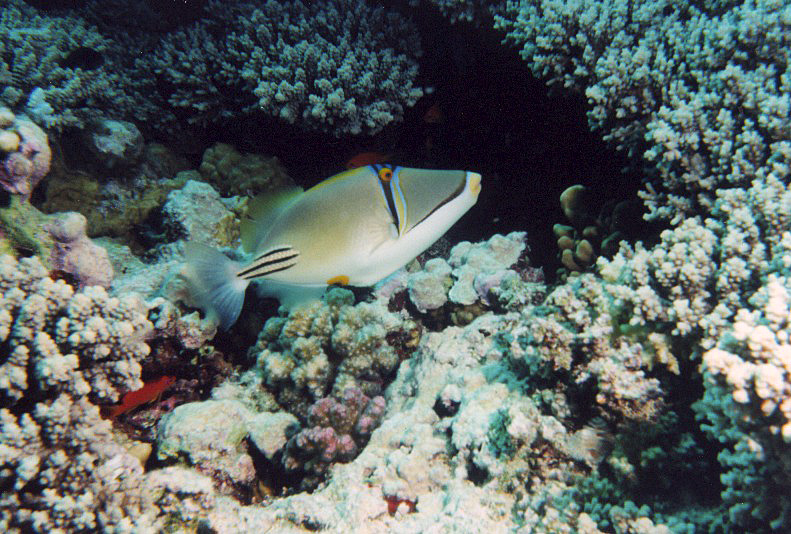 Trigger fishes are so called because of the shark-fin shaped trigger they are able to raise in defense. They use this to jam themselves into a crevice in the coral. The trigger is actually the first spine of its dorsal (top) fin. They bend the second spine forward to fix the first firmly in position. When the fish is swimming the fin is flattened into a groove.

Trigger fish are easy to identify from their distinctive shape. They have deep bodies, high eyes, small mouths and colourful patterns - as evidenced by the Picasso Trigger Fish shown here. Rhinecanthus assasi lives in shallow areas of coral reefs in the Red Sea, Gulf of Oman and Arabian Gulf.

[an error occurred while processing this directive]