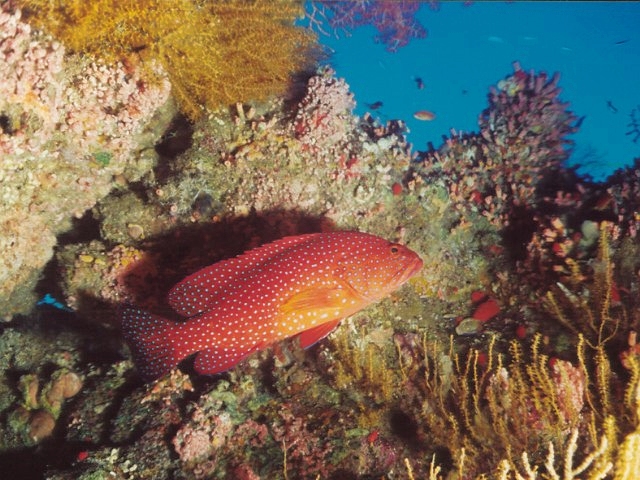 Found around coral in areas with clear water, Coral Groupers are easy to spot and fairly common. They range from 2 to 150 m and feed mostly on fish. Juveniles have yellow bodies with blue spots and as adults grow to around 41 cm.

Like all groupers, Cephalopholis miniata are carnivorours with large mouths and sharp teeth. They use grinding plates within their throats to break up prey. A Grouper can summon a burst of speed, aiding their attack. They are the most important family of reef based predators. Territorial and solitary apart from in the mating season in June.

According to legend, the grouper was the first fish to have gills. This was because he swallowed a beautiful girl that he loved. The girl had sharp shells with her which she used to cut slits in the fish's body and swim to freedom.