20 January 2021
The most famous diving area is the islands of the Poor Knights, currently number 31 in the Top Dives of the World list. They are a marine reserve and a diver's playground with caves, walls, arches and pinnacles. The Poor Knights benefit from a warm current making it a meeting place for sub-tropical and temperate fish. Here water temperatures can exceed 22 oC in summer. The water is clear, fish abundant and large, and you might even see killer whales.

When to dive New Zealand? 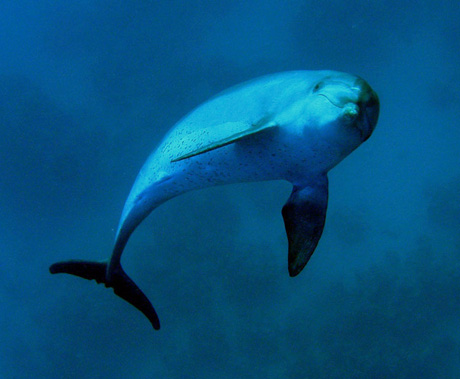 Are Covid-19 travel restrictions in place?

Australian citizens are allowed in without first requesting to travel. Anyone else coming to New Zealand must be coming for a critical purpose and they must request approval. The country has been one of the most successful in the world at dealing with Covid-19 and has recorded only 25 deaths. More information.

The best dive sites of New Zealand are:

The Poor Knights are a group of islands off the north east coast of New Zealand. Dive boats go there from Tutukaka Harbour.

"Rough waters and long boat ride, but some of the clearest water and largest fish/lobster life I had seen. Colder 7 mil farmer john+ jacket is recommended. Hope you go- unique as most NZ diving is."
Dianna Damask

"Just as many fish as any tropical site in the world but they are all 10 times the size. Tropical and temperate currents combine to create one of the most unique sites in the world. Caves, rare species, pelagics: you name it."
Rich M

"The only place in 20 years of diving I have had 150ft of vis + saw killer whales."
Regan Washer

The Rainbow Warrior was the "flagship" of Greenpeace. A branch of the French Intelligence Service sank the ship in the port of Aukland in 1985. The British ship was on its way to protest against a planned nuclear test in French Polynesia. A photographer, Fernando Pereira, died in the attack. In 1987, after international pressure, France paid $8.16m to Greenpeace in damages, which helped finance another ship.

The ship was refloated, to be scuttled as an artificial reef. She now lies in the Cavalli Islands with a maximum depth of 26 m. 40 m long, it is easy to circumnavigate the wreck more than once.

"The famous wreck of the Greenpeace ship sunk by French secret service. Jewel anemonies, are stunning, and the wildlife abundant."
Cal

"Marine life cling to this piece of history."
Charnelle

"Incredible assortment of rocks and boulders resulting in swim through heaven with lots of marine life including large rays and often dolphins and sharks. decent vis."
Dan Harding

In 1999, the decomissioned hydrographic ship HMNZS Tui was scuttled 1.2 miles North of Tutukaka Heads as an artificial reef. She lies at 32 m and is broken up into three sections. A large wreck, you can explore engine rooms, cabins, guns and other areas. She had previously been sent to French Polynesia to observe the last series of French Nuclear bomb tests.

Another wreck deliberately sunk as an artificial reef. Bought from the New Zealand government for $1, she was scuttled off the coast of Tutukaka in December 2000. A steam ship built in 1964, she now lies from 8 to 30 m.

New Zealand's first marine reserve was designated in 1975. On the east side of Goat Island is a drop off, whilst the west side is more sheltered. There are many dive sites here including North Reef, East Point and Smugglers Cove.

The Milford Sound (Piopiotahi) marine reserve was established in 1993.

" Dives here are limited to one dive company operating on the sound - only 3 people dived the day I dived. Milford sound is probally the most unique place in the world I personally have dived. Due to the Fresh Water covering the Sea Water deeper living sea critters can be seen at open water depths due to the darker waters...cold but great Viz: Spiny Sea Dragons, Octopus, Black Coral, Snake Stars, Dwarf Scorpion Fish, plus much much more... "
Sam Seed, UK, 2007

Trips to the Rainbow Warrier and HMNZS Canterbury

Diving at the Poor Knights.

183kms North of Christchurch and 128kms south of Blenheim.

" The Tutukaka Coast offers access to the Poor Knights Islands for day trips and diving, superb beaches and coastal walkways and a range of restaurants, bars and cafes. Located 30 minutes NE of Whangarei in Northland, New Zealand and only 1.5 hours from the Bay of Islands, The Sands Motel is a great place to unwind after a tiring journey. When diving the Poor Knights this is the ideal location: only a 5-min drive to Tutukaka Marina and a great place for non-divers to relax during the day. "
lotlot

Please send us your comments on New Zealand. Do you want to recommend a diving centre or dive site? Let us know. If you own a dive centre get yourself added.