This charming little fish, with the expressive face, generally looks as if it is either smiling or puzzled. Unusually small for a blenny, you can see them in temperate waters peering out from crevices in reefs or wrecks. 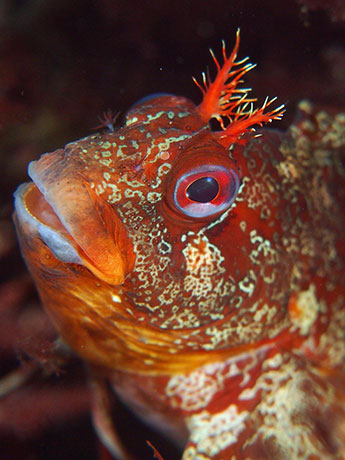 A large mouth, eyes set high on the head and its tufted tentacles above each eye give the Tompot Blenny (Parablennius gattorugine) a comical appearance. A much smaller fringed tentacle is positioned on the nostril beneath each eye. 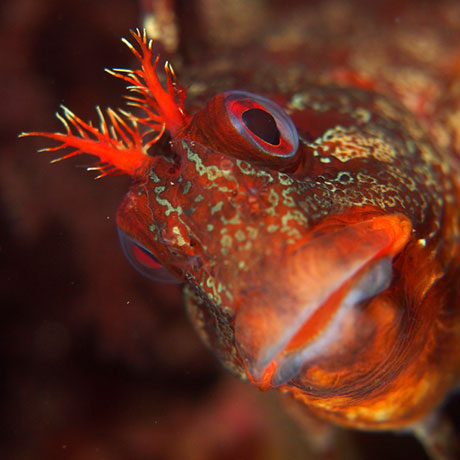 Like all blennies, Tompots lack the buoyancy of a swim bladder and look more like they are wriggling than swimming.

Tompot blennies are curious fish and may come out to take a closer look at a diver. Some even let themselves be stroked. If you dive the same site regularly, you may see the same Tompot in its hole on each visit.

Sharp teeth means they eat a variety of animals, including sea anemones which are usually left alone by predators. 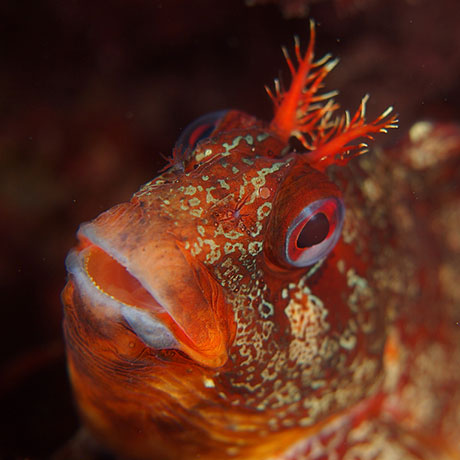 Tomport blennies live down to around 20 m in north-west Europe from Denmark and Scotland to Portugal and in the Meditteranean Sea. They have also been recorded in the Israeli part of the Mediterranean Sea and in Greece. They are, though, absent from the North Sea.