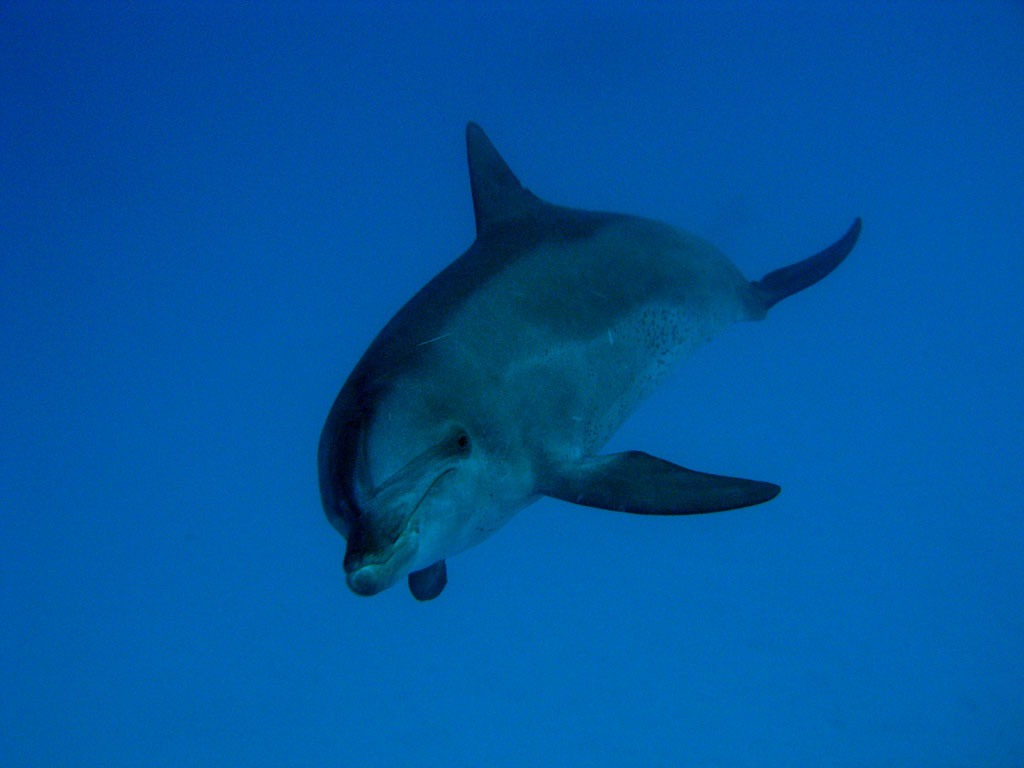 
You may see Stenella attenuata in the tropical and subtropical waters of the Atlantic, Pacific and Indian Oceans. This photo was taken in the on Um Usk in the Red Sea.

Spotted dolphins feed on many varieties of fish and squid found near the surface of the water.

They reach maturity between 6 and 8 years of age or when the animal is about 2 m long. Mating and calving take place throughout the year. The calving interval is believed to be about every two years. However, when populations are stressed - such as when huge mortalities are suffered from being entangled in tuna nets - mating takes place at an earlier age and calving at shorter intervals. Gestation is eleven and a half months and calves are nursed for 11 months.

The spotted dolphin is the species, which has suffered the most in the incidental take in the purse seine nets of the tuna fishery. For reasons unknown, yellowfin tuna and spotted dolphins tend to travel together. One theory is that they feed on the same food but at different levels. Tuna fishermen watch for the dolphins, then set their nets and encircle both dolphins and tuna, killing dolphins in the process. Millions of dolphins have died in the nets during the past forty years. In addition, several thousand are killed each year for food in drive fisheries in Japan.

Back to the Dolphin Photo Gallery...