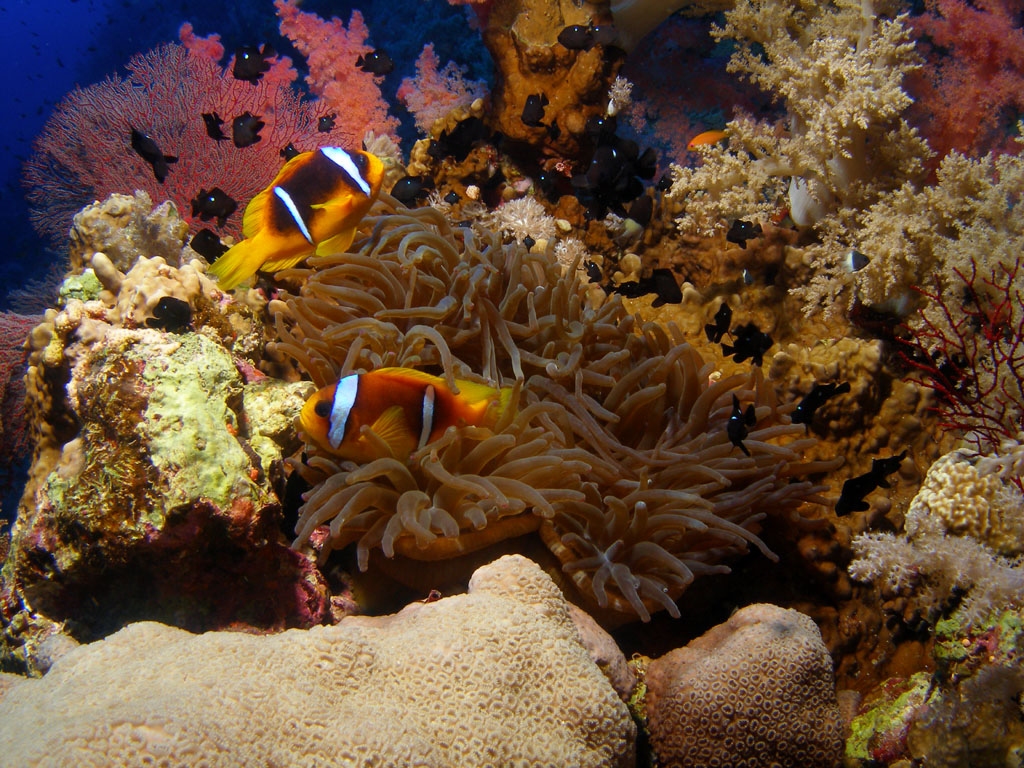 If you have dived in the Red Sea, Indian or Eastern Pacific Ocean, you will probably have seen three-spot dascyllus. They live on coral and rocky reefs at depths of 1 to 55 m.

Youngsters often live in large sea anemones, alongside the instantly recognisable Clownfish, as in our photo. Adults though leave the anemone to congregate in small groups around prominant rocks or coral outcrops.

When young, the Three-spot dascyllus does indeed have three white spots: one on each side and one on the forehead. Adult fish lose the forehead spot though, and the side spots become less distinct, the black colour of the fish becoming less intense. They are small fish, growing to just 13 cm long.

Back to the Brothers Gallery...
News stories about coral.