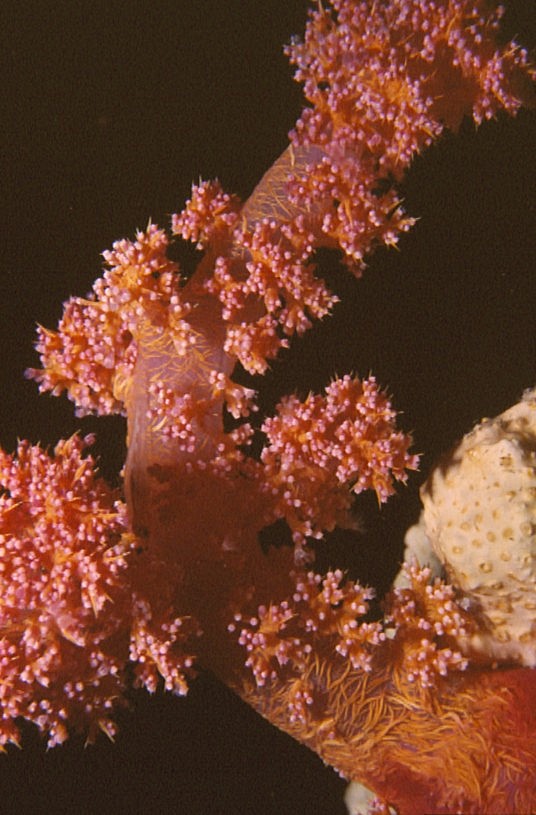 The soft coral shown above is actually a colony of polyp animals, each connected to its neighbour by living tissues. Soft corals are not reef-building, although they do secrete limestone. In their case these are internal crystals called sclerites or spicules. Because soft corals do not have large skeletons, they grow faster than hard corals

Eight feathery tentacles surround the coral's mouth and whip food into it. They filter-feed: removing plankton from water flowing around the colony. Relatively recent data on soft corals indicates that they feed on very small planktonic particles, such as single-celled algae, rather than larger larvae as had previously been thought. In this photo the tentacles are mostly withdrawn.

Dendronephthya species are difficult to identify but the photo above is probably D. hemprichi

More photos of soft corals are in Red Sea Room of our gallery.