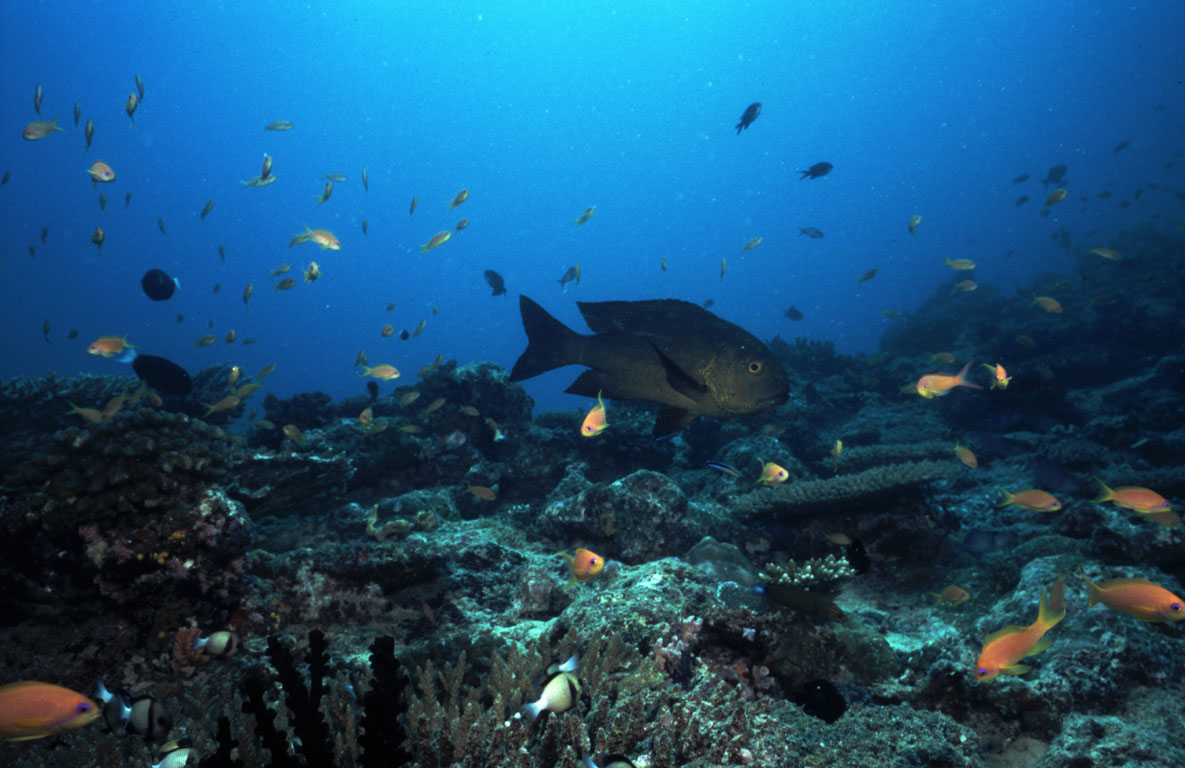 
Back to Maldives Photo Gallery
Notes on diving the Maldives...

Bright yellow eyes distinguish this fish from related species. You find it in the Western Pacific between 3 and 50 m, from the Maldives to the Solomon Islands and Ryukyu Islands in the north to New Caledonia in the south.

Juveniles look very different to adults: they are black and white with blotches on their backs and stripes below. They live solitarily on protected reef slopes with feather stars, in staghorn corals or large sponges. When adult Midnight Snapper sometimes aggregate in groups and live on seaward reefs. They feed on large zooplankton at night.

In spite of the abundance of adults, the distinctive juveniles are not similarly common on coral reefs. One explanation is that the adults have a long life-span, but the survival of their larvae is seldom successful. In fact Macolor species live 40 to 50 years on the Great Barrier Reef, which would support this theory.1

The Midnight Snapper is also known as the Black and White Snapper, which is confusing as the species Macolor niger is also sometimes known by this name.


Atlas of the Maldives: A Reference for Travellers, Divers and Sailors, by Tim Godfrey,(2007)
The Underwater Photographer: Digital and Traditional Techniques by Martin Edge, Paperback, 536 pages (2009)
1The Pelagic Larva of the Midnight Snapper, Macolor macularis (Teleostei: Lutjanidae), Amanda C. Hay* and Jeffrey M. Leis Records of the Australian Museum (2011) Vol. 63: 85–88.