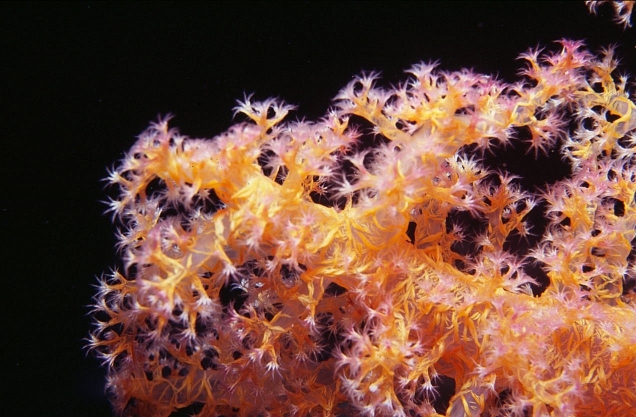 Eight feathery tentacles surround the coral's mouth and whip food into it. They filter-feed: removing plankton from water flowing around the colony.