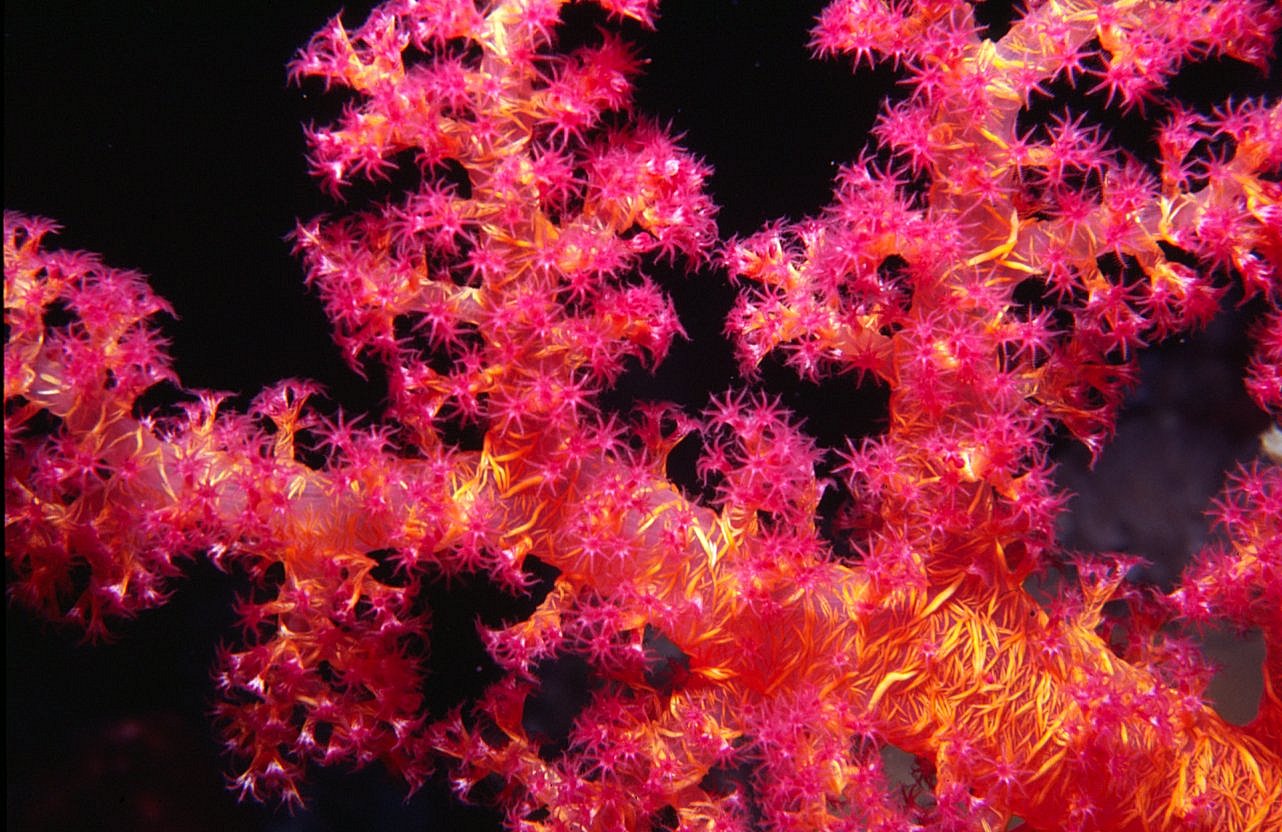 Eight feathery tentacles surround the coral's mouth and whip food into it. They filter-feed: removing plankton from water flowing around the colony. ecent data on soft corals indicates that they feed on very small planktonic particles, such as single-celled algae, rather than larger larvae as had previously been thought.