Hello and thanks for subscribing to SCUBA News. We send this newsletter every month and I hope you find it useful. We are also planning to start sending a newsletter which offers large discounts on diving in great locations. If this is not something in which you would be interested please let me know - email news@scubatravel.co.uk.

Save $700 on Maldives Liveaboard this December!

The Princess Haleema liveaboard visits the marvellous dive spots of the South and Central atolls of Maldives - perfect for those who like to dive with sharks. Book now for diving this December and save 42%.

Contents:
What's new at SCUBA Travel?
Letters - Andaman Islands
Which squid are OK to eat?
Diving news from around the World

Travel insurance with no depth limits plus kit and technical diving insurance. Book up to a year in advance with code SD10.

Where to dive in the Andaman Islands?

For the best dive sites in the Andaman islands, is it better to go to a resort in Chidiya Tapu or Havelock?
Guido Antonini

Have you stayed in India's Andaman Islands? What did you think of the diving and your resort? E-mail news@scubatravel.co.uk.

Which squid are OK to eat?

Where once the prawn cocktail was a staple of the restaurant starter menu, calamari has now become a diner's favourite. Stewed, fried, in salad or dried with coconut milk, squid has spread its tentacles across the menu of many high street restaurant chains. 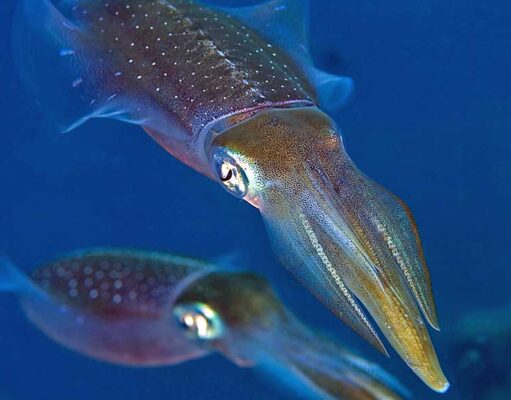 Its rise in popularity has led the Marine Conservation Society (MCS) to increase the number of squid ratings in the latest version of its sustainable seafood advice - the Good Fish Guide.

Squid from Japan gets the green light but you should treat calamari from other fisheries with caution. 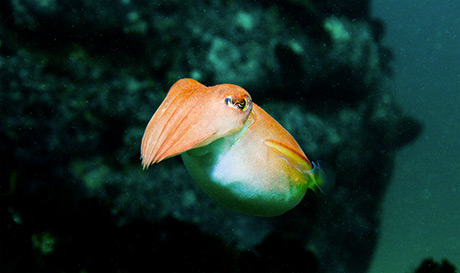 Squid stocks are thought to be as much affected by environmental pressures as fishing pressure, but fisheries still need to be well managed. Landings of squid worldwide have been increasing in recent years, and the MCS says that despite squids' high growth rates, short lifespan and other favourable fishery characteristics, some precautionary management is needed.

"Japanese flying squid gets a score of a 2 which means it's on our 'Fish to Eat' list'", says Bernadette Clarke, MCS Good Fish Guide Manager. "This is generally due to the highly selective and low impact fishing method known as jigging used in the fishery and the fact that stock assessment has been carried out. There's also a low vulnerability score for the species, and management measures are applied in the fishery."

Jigging
A jig is a type of grappling hook, attached to a line, which is manually or mechanically jerked in the water to snag the fish in its body. Jig fishing usually happens at night with the aid of lures or light attraction and can happen on an industrial scale depending on the number and size of boats and number of jigs involved.

Homboldt squid fished for in the East Central Pacific is not as sustainable and should be eaten only very, very occasionally.

This species is one of the most heavily fished squid species in the world and because fisheries occur on the high seas and are accessed by several countries their management is complicated by the occurrence of Illegal, Unregulated and Unreported fishing.

Purse Seine
Purse Seine and pelagic trawling for squid use big nets on an industrial scale. The trawls commonly contain small meshes which capture protected species such as sharks, marine mammals and turtles and small sized and juvenile fish species referred to as "trash fish".

Squid are caught using light attraction from glow in the dark jigs to high wattage surface lights. It's still not clear why squid are attracted to the lights, but the light pollution from large-scale industrial squid fisheries is such that the glow from a single fishing fleet can apparently be seen from space

MCS says its advice is to choose squid from fisheries using low impact methods like small-scale jigging. "There's one such fishery in Sennen Cove, Cornwall, where fishermen go out in small punts and fish for squid using jigs," says Bernadette Clarke. "Fisheries in UK waters tend to be small, seasonal and non-targeted." 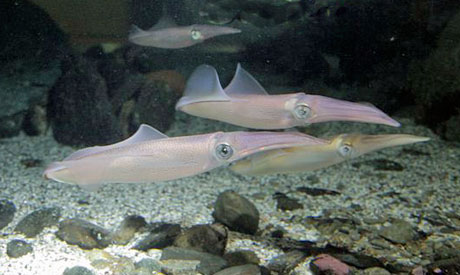 Depending on how and where it’s caught this species ranges from sustainable to unsustainable. This is fine to eat when caught by small, local fisheries.

Depending on how and where it’s caught this species ranges from sustainable to unsustainable. Check individual options to make the best choice.

Argentine shortfin squid is a short-lived and fast growing species, yet it is a very valuable predator and prey for a wide range of species including: fishes, seabirds, sharks and marine mammals. The fishery is the second largest squid fishery in the world with catches ranging between 500,000 and a million tonnes. The vast majority of the catch is taken by large (over 50 m) jigging vessels from several countries. As a result, coordinated international management is needed to manage the fishery sustainably, but this has been lacking since an international agreement between the Falkland Islands and Argentina broke down in 2005. This has led to overfishing in recent years.

This squid is likely to have significant environmental issues associated with its production – avoid.

This squid is caught at sea by pelagic trawl. Sustainability is yet to be assessed.

Squid - the Prawn Cocktail of the 21st Century - but is it OK to eat?