Thank you very much for subscribing to SCUBA News. I hope you enjoy it. If you would like to contribute an article, please get in touch.

Diving in the Canary Islands

The Canary Islands are a Spanish archipelago off the northwest coast of Africa. They have year-round sun and little rain. The Canaries have the most diverse shark and ray community of the whole European Union, with 79 species identified. More on diving the Canaries now at
scubatravel.co.uk/europe/spain-diving.html

Dive numbers have dropped in the Kingdom of Saudi Arabia as visa restrictions means that fewer dive tour operators are offering trips. The main diving areas are around Jeddah and Yanbu which is 300 km north. There are also good reefs south of Jeddah.
scubatravel.co.uk/redsea/divesaudi.html

HSE Diving Qualification
In an earlier issue Trish asked whether an HSE diving qualification would be recognised abroad.

Hi
Regarding diving outside the UK with a hse scuba, this was absolutely no problem for my friend on a recent diving trip to Thailand. Recognised at shops both in Koh Tao and Koh Phi Phi.
Jon Barnes

They say that an estimated 640,000 tonnes of fishing gear is lost or abandoned in our oceans each year, entangling and killing millions of animals including seals, turtles and whales. 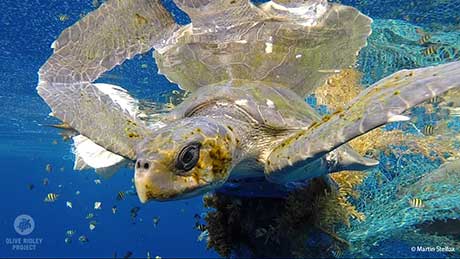 When you see or remove any ghost gear, you can upload your sighting which will then appear on a map. This will enable the animal welfare charity to identify which are the most common types of ghost gear and from where they come. The information will be used to as evidence to convince governments and industry to create safer, cleaner oceans for animals.

With ever-warming waters, European fish are on the move

Sardines, anchovies and pilchards are moving increasingly further north, occupying the higher temperature environments that are now found there.

Brazil can transform this moment of political turmoil into positive action, and become a leader among developing countries facing widespread extinction of aquatic animals.

Putting animals online: Does it protect or destroy?

Even in the digital realm, observation and conservation make uncomfortable bedfellows

`Invasive lionfish are a serious threat to Florida's saltwater fishing industry - the second largest in the nation - and the thousands of jobs it supports, according to an economic commentary from Florida TaxWatch.

A common misunderstanding is that any species found living in a new habitat is an invasive species. Many of these, rather, are introduced species, a category that includes any species found outside of its natural habitat due to human actions.

A new species of algae has been discovered in reef corals of the Persian (Arabian) Gulf where it helps corals to survive seawater temperatures of up to 36 degrees Celsius - temperatures that would kill corals elsewhere.

Scientists identified almost 1,500 new creatures in the world's oceans last year, including a humpbacked dolphin and a giant jellyfish and reckon that most species of marine life are yet to be found.

The ocean floor is teeming with methane, the natural gas that fuels our homes. According relatively modest changes in global ocean temperatures or sea level could trigger a massive release of oceanic methane. If a rise in water temperatures passes a certain threshold, sizable methane hydrate deposits could decompose rapidly and release a large quantity of heat-trapping gas back into the atmosphere.

Remote monitoring of large swathes of inaccessible ocean from satellites that orbit the Earth some 700 km above our heads is set to revolutionise the way that marine biologists study the ocean.

A research study by the Oregon Department of Fish and Wildlife and Pacific States Marine Fisheries Commission has found that attaching of a series of LED lights to the fishing line of a shrimp trawl can significantly reduce bycatch.

We are happy for you to copy and distribute this newsletter, and use parts of it on your own web site, providing the above copyright notice is included and a link back to our web site is in place.