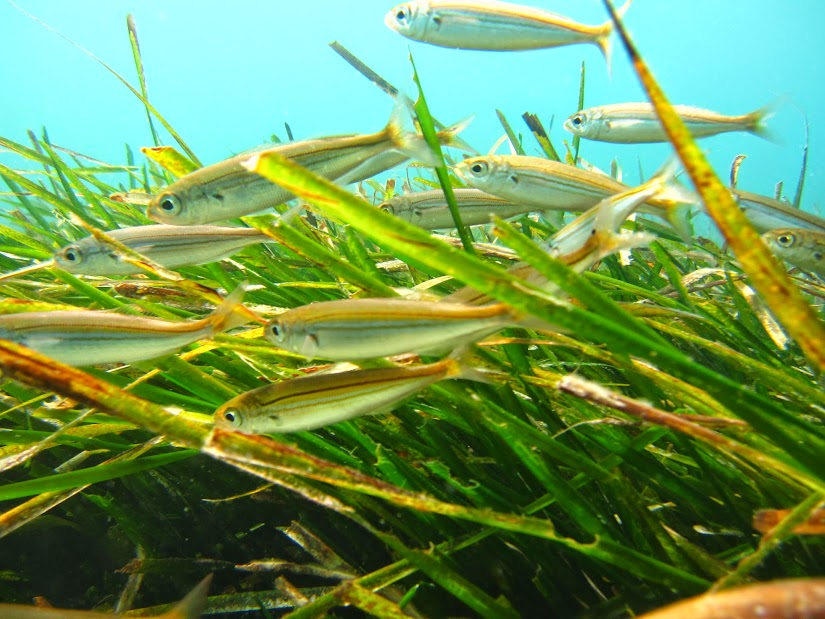 Welcome to SCUBA News. Do you know what is the oldest living thing on earth? Me neither until this week. If asked I would have guessed at some sort of tree. Improbably it turns out to be seagrass, and we've an article about it below: its importance, destruction and what we can do to preserve it.

Also this month we've launched a new Community at Google+ - primarily to share reviews of dive sites and dive centres - but also to upload underwater photos. We look forward immensely to reading about your diving experiences and seeing your photos at https://plus.google.com/communities/108987910896648103254. If you prefer to send your reviews to the SCUBA Travel web site, or indeed SCUBA News, please do.

Contents:
- What's new at SCUBA Travel?
- Letters: Mantas in Hawaii
- Posidonia in Peril: Saving the Seagrass
- Diving News from Around the World

Ningaloo Reef is famous for its whalesharks. It also attracts migrating humpback whales and manta rays. It is the longest fringing barrier reef in Australia, and is the only extensive fringing coral reef on the west coast of a continent in the world. Several dive centres visit Ningaloo Reef, some of them with very mixed reviews. Read the new ones at
https://www.scubatravel.co.uk/australia/ningalooreef-dive-centre.html

Until 2005, divers were given access to just 620 miles of the 10,000 miles of Greek coastline. Then the legislation changed and diving is now allowed throughout the seas of Greece. One of the things that makes Greece a unique diving destination is the preponderance of ancient artifacts like amphora. Economic problems plague Greece at the moment and strikes are sometimes being called at short notice which can cause disruption to flights in and out of Greece.
https://www.scubatravel.co.uk/europe/greece-diving.html

Last month we highlighted a page on the web site about Giant Manta Rays, with a list of dive sites and areas where you could see them. The article elicited this response from Jay R. Miller

Seriously? You missed the Kona night dive with Mantas? Probably the best site to see them on a regular basis and you don't even mention it? Hmmmm. Be interesting to know who came up with that list.

Sorry Jay, we did miss it. We've now added it to the page at https://www.scubatravel.co.uk/mantaray.html.

Posidonia in Peril: Saving the Seagrass

Posidonia oceanica, a species of seagrass, is often referred to as the "lungs of the Mediterranean" because the seagrass meadows absorb carbon dioxide and output oxygen at twice the daily rate of tropical forests. 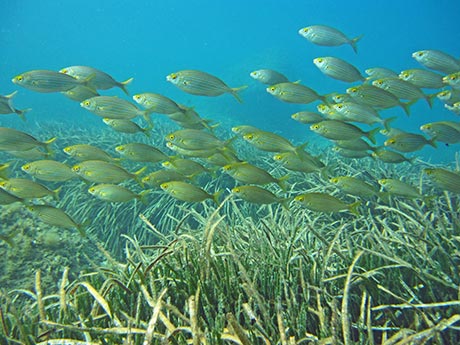 Seagrasses store an estimated 27.4 million tonnes of carbon each year, burying it in the soil below. And unlike forests that hold carbon for about 60 years then release it again, seagrass ecosystems have been capturing and storing carbon since the last ice age. With seagrass meadows disappearing at an annual rate of about 1.5 per cent, 299 million tonnes of carbon are being released back into the environment each year, according to research published in Nature Geoscience (DOI: 10.1038/ngeo1477).

In addition to storing carbon, seagrasses protect coastlines from floods and storms, filter out sediment, and serve as a vital habitat and nursery for fish, crustaceans and other commercially important species. 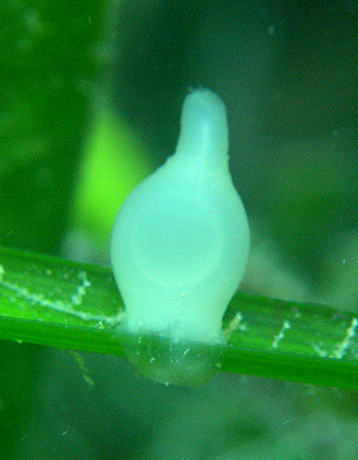 In the past century, 29 per cent of seagrass has been destroyed globally by coastal development, fishing by otter-trawling, pollution, and now climate change.

Unique to the Mediterranean Sea, Posidonia beds are identified as a priority habitat for conservation under the European Union's Habitats Directive (Dir 92/43/CEE) and Catalunya has banned otter-trawling over Posidonia beds. Yet the destruction of this slow growing species continues at an alarming rate. 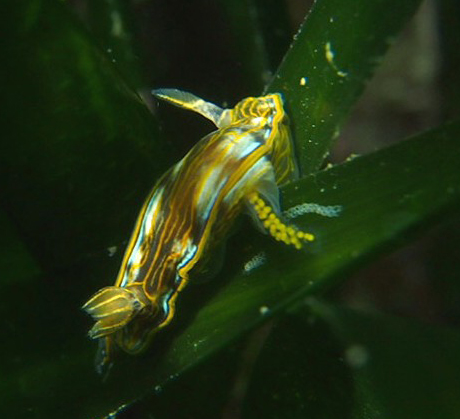 On the Costa Brava, where Kenna Eco Diving has been researching Posidonia for the past 13 years, we have witnessed a loss of an estimated 25 per cent of the Posidonia meadows. Seagrass-friendly moorings for boats are installed during the peak summer months, but boaters are not penalised for anchoring in the Posidonia beds, destroying hundreds of years of growth in minutes.

Barren areas between the Posidonia Beds

As Posidonia meadows are being destroyed the Posidonia pipefish, a relative of the seahorse, is suffering. The Posidonia pipefish is perfectly adapted to the seagrass habitat and has evolved to resemble a blade of seagrass. It is virtually impossible to see unless it swims above or outside the seagrass beds - a rare occurrence as it is a poor swimmer and rarely ventures out of the safety of the Posidonia meadows, spending it's time head down within the shoots searching for tiny shrimps to eat. It is totally dependent on the Posidonia habitat for daily food and shelter, and as a seasonal breeding ground and nursery. 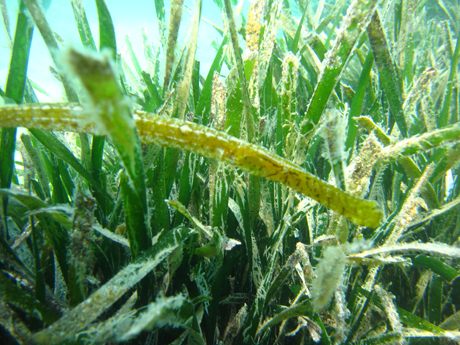 Posidonia and the pipefish are just two of the key species being studied by volunteer scuba divers assisting Kenna Eco Diving with underwater surveys for the SILMAR Project on the Costa Brava. We are the only voluntary coordinators for the Spanish SILMAR Project working through the English language, opening this volunteering opportunity to international divers who come from all over the world to spend a few weeks or months assisting with the project aimed at conserving Mediterranean biodiversity. 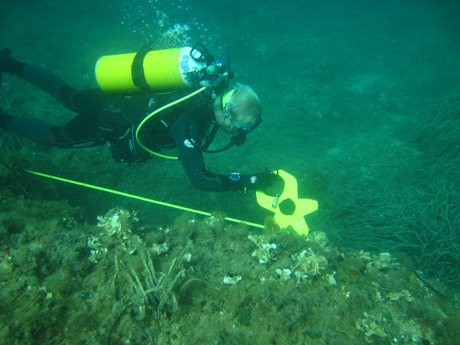 Please sign our petition asking for anchoring to be regulated in Posidonia meadows - http://campaign.kennaecodiving.net/campaign-petition.

Editorial note: Posidonia oceanica is thought to be one of the oldest living things on earth: New Scientist

The future of the Great Barrier Reef hangs in the balance. If we don't act now, the Reef could be ruined.

Environmental organisations have strongly criticised the resumption of commercial fin whaling by Iceland. There is no market for fin whale meat in Iceland: in the past the whale meat was entirely for export to Japan, mostly to be made into luxury dog food.

Some of the world's most iconic oceans are also the most at risk according to a new study on shipping accidents released by WWF. Southeast Asia - particularly the Coral Triangle - the east Mediterranean and Black Sea, North Sea and British Isles are the highest risk areas for accidents at sea and the subsequent environmental damage.

The National Oceanic and Atmospheric Administration recently proposed changes to the Shark Conservation Act of 2010 that would completely ban the practice of shark finning, could actually lessen protection for sharks.

Basking sharks fail to arrive at UK, probably because of colder water than normal and lack of plankton bloom

Millions of Plastic Bottles and Bags Collected on Coast

Study reveals how fishing gear can cause slow death of whales

Using a "patient monitoring" device attached to a whale entangled in fishing gear, scientists showed for the first time how fishing lines changed a whale's diving and swimming behavior. The monitoring revealed how fishing gear hinders whales' ability to eat and migrate, depletes their energy as they drag gear for months or years, and can result in a slow death.

Cows have been overtaken by fish. For the first time in modern history, the world has been producing more farmed fish than farmed beef. But instead of being a boon for the environment, many fish farms are damaging it because of the types of fish they breed.

A deep-sea shark spawning ground has been discovered on Scotland's only inshore coral reef.