One of the best dive sites in French Polynesia is Tiputa Pass in Rangiroa - famous for its sharks, manta rays, turtles and dolphins. 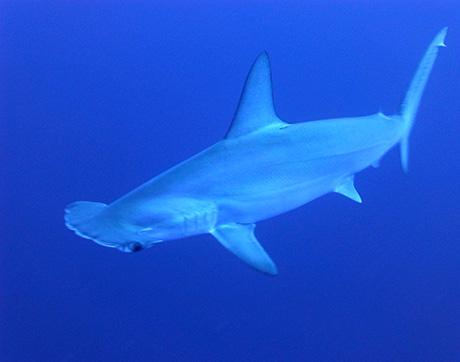 When to go diving in French Polynesia? You can dive in Polynesia all year round. Water temperature never gets much below 25 oC. Humpback whales appear from August to October, hammerhead sharks from December to March. For Manta Rays go between June and October.

"It helps to understand French - at least enough to understand diving terms and instructions. Not as many fish as in the Red Sea, but lots of Black and White Tip Reef Sharks. However, avoid Tahiti. For serious diving go to Rangiroa - one of the world's largest atolls with loads of sharks."
Matthew Moore

"I'm diving instructor, I've been in many dive location around the world, and believe me, the Tuamotu is unbelievable and there is not only Rangiroa and Fakarava, at least 10 other atolls have great dive spots with pristine warm waters."
Serge Renault, 2011

Find a liveaboard to the Rangiroa…

Tiputa Pass is famous for its large animals: grey reef sharks, turtles, manta rays, dolphins, barracuda and others. The pass is one of two entrances to an enormous interior lagoon, and you need to dive on an incoming tide. The season runs from February until November, but September is the best time for sharks.

"If you are interested in large pelagic animals, this is THE place. It can be done at various depth. Around 45-50 m there is ALWAYS a large number of big sharks of a variety of species. I dove 3 times there; I had dolphins playing at my side each time (mostly near the surface)."
Mario Giordano

"Similar to Awatoru pass. We dived five days in these two sites and even during all those dives we could jump and jump in again - it's difficult to imagine something better. "
Einari Talviste, Estonia, 2009

"Great visibility (60 m at least), different kinds of sharks (from hammer to reef sharks) and hundreds of them, eagle rays, turtles, moray eels, very nice current (approxm. 2-3 m/s!!) and dolphins on surface before jump - experience for all my life!"
Einari Talviste, Estonia, 2009

"A truly amazing experience. Normally a drift dive through 18-30m with the Wall of Sharks with numbers of Reef Grey, Black Tip and the occasional Tiger and Silver "
Stewart Henderson, 2017

"The south pass is definitively easy to dive, and incredibly rich in diversity. Wall of grey sharks, amazing unspoiled corals with a huge density of reef fishes... "
Serge Renault, 2011

"Not as demanding as the Tiputa pass of Rangiroa (and not as amazing), but a great dive. Lots of large schools of big fish; large pelagic animals (tuna, shark, mantas), many very friendly white tips at the ebottom. As in most places in Polynesia, the most amazing thing is how close animals get to you."
Mario Giordano

"Put Palau dive sites to shame. In one dive I saw some hundreds grey reef sharks patrolling the pass (with the occasional white tip and silver tip). It's a jaw dropping dive spot even for someone like me who's not particularly keen on sharks. Corals are also in very good shape contrary to Tiputa in Rangiroa."
Roberto Spanghero, 2018

If you own or manage a dive centre: get yourself added to our directory. Have you dived in French Polynesia? Let us know about the diving centre you used.

There are 13 cabins spread over 3 decks to cater to 25 people on board. Visits Tuamotu,

Please send us your comments on French Polynesia. Do you want to recommend a diving centre or dive site? Let us know. If you own a dive centre get yourself added.