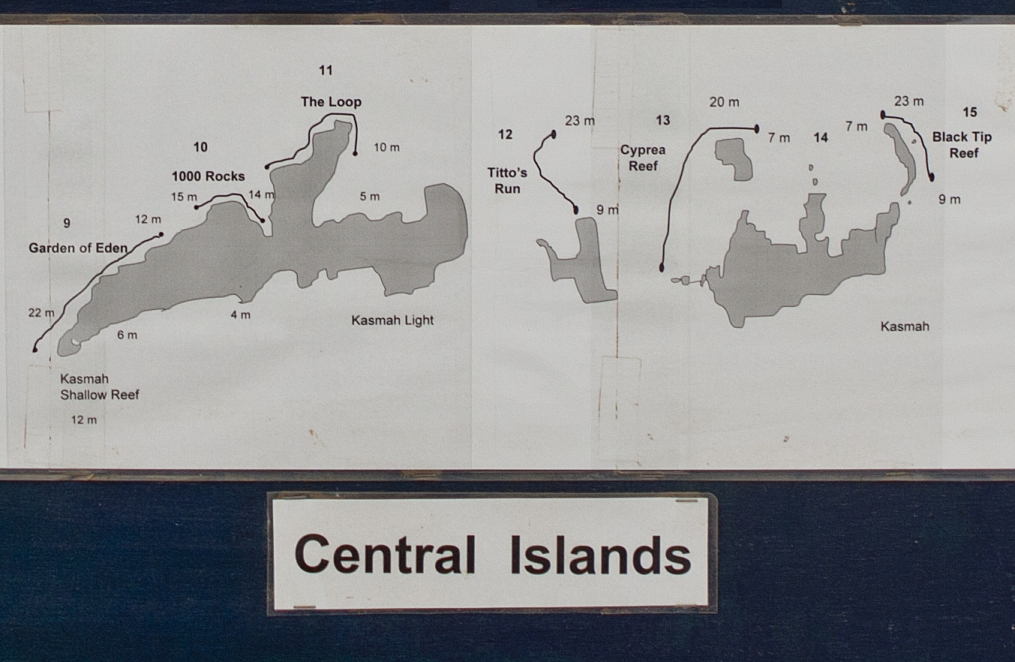 The Sultanate of Oman is the oldest independent state in the Arab world. Tourism is on the rise, with diving being one of Oman's attractions.

The coastline extends 1700 km from the Strait of Hormuz in the north, to the Republic of Yemen in the south and borders three seas - the Arabian or Persian Gulf, the Gulf of Oman and the Arabian Sea. The capital is Muscat (Masqat), in the North East.

The Daymaniyat Islands are the first Marine Reserve in Oman. There are nine of them, distributed over 50 km in 3 groups: Western, Eastern and the Central shown in the map above.

Back to the Oman Diving Pictures...
Diving Oman