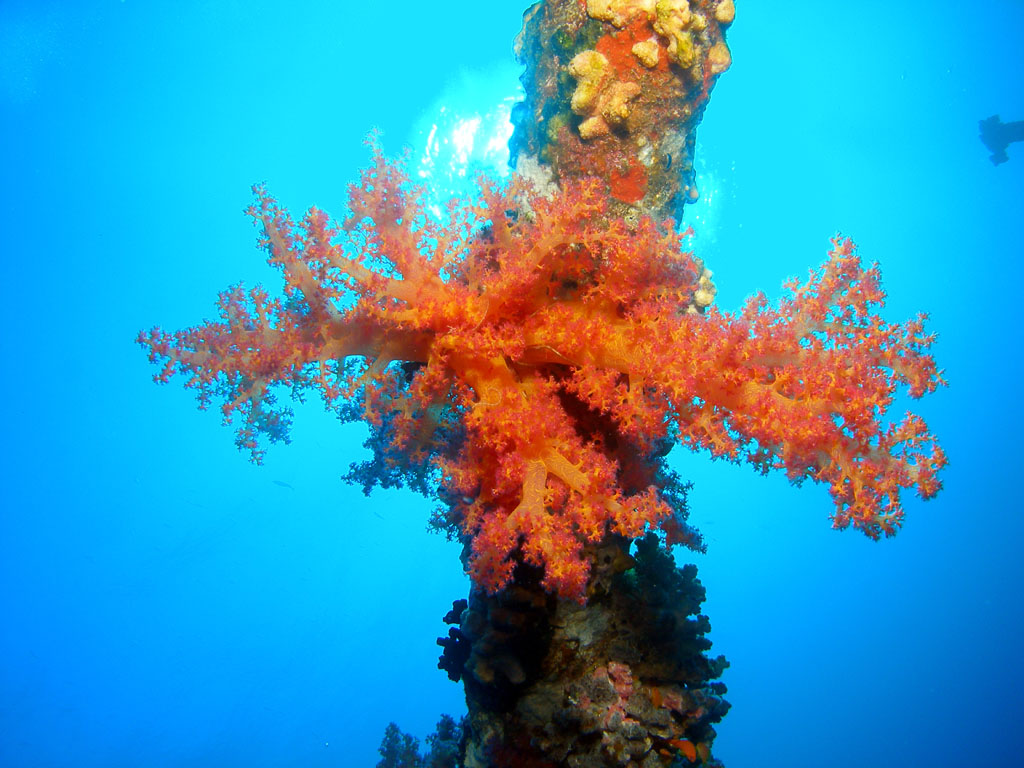 "Like rich rosettes of royal velvet, they decorate the rusting iron, transforming the unromantic metal stanchions into pillars that would grace a palace"
wrote Robert Gibbings on observing soft corals for the first time on his visit to Hurghada in 1938.

This beautiful soft coral is on the wreck of the Carnatic in the Red Sea.

The coral is Dendronephthya hemprichi. This species is a pioneer settler. It can clone small fragments of itself with root-like processes that quickly attach to artificial structures like wrecks. Especially vertical structures. 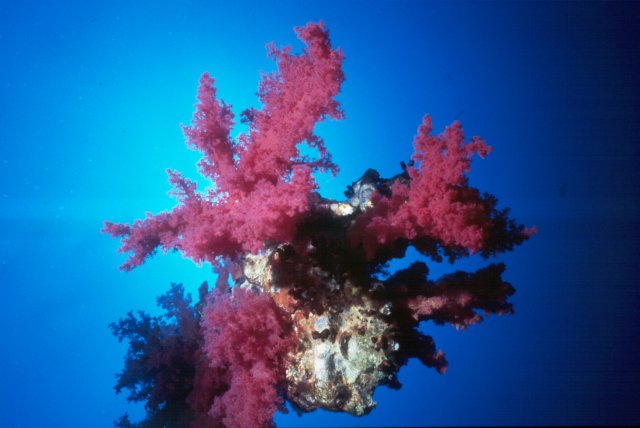 D. hemprichi on the Numidia wreck

As well as cloning itself, this soft coral reproduces sexually year round. They don't have synchronised broadcast spawning episodes, as many other corals do. They also reproduce at a younger age than other corals. Spawning occurs after sunset and continues until 2 am. 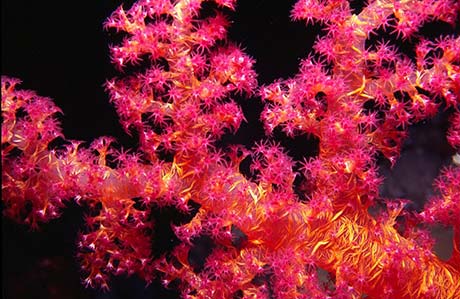 The soft coral is actually a colony of animals, each connected to its neighbour by living tissues. A single coral animal is a polyp - the attractive "flowery" projection.

Until recently soft corals were not thought to be reef-building, although they do secrete limestone. In their case this is as internal crystals called sclerites or spicules (yellow in the photo above). Because soft corals do not have large skeletons, they grow faster than hard corals

New research has revealed that massive parts of coral reefs are actually made from cemented sclerites. 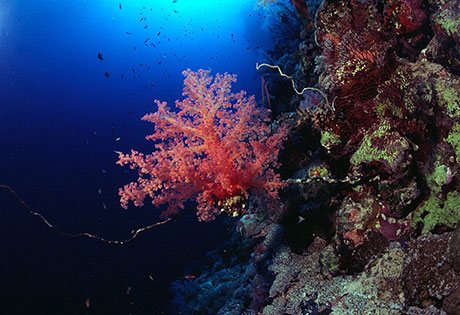 A member of the Dendronephthya genus, these soft corals usually live below 10 m in areas with moderate or strong currents.

Eight feathery tentacles surround the coral's mouth and whip food into it. They filter-feed: removing plankton from water flowing around the colony. Relatively recent data on soft corals indicates that they feed on very small planktonic particles, such as single-celled algae, rather than larger larvae as had previously been thought. Soft corals take in water to expand their body before feeding. This builds up a positive pressure inside the coral that supports the branches and trunk of the coral. A coral colony contracts by releasing the excess sea water from its system. 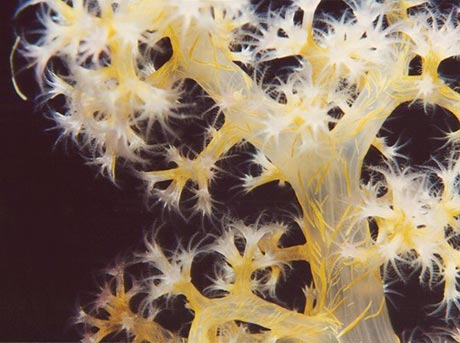 According to the Encyclopedia of Life, Dendronephthya are among the most commonly traded soft corals. Between 1988 and 2002 at least 12,618 were sold globally (the U.S. was the largest importer, with 51% of the total Dendronephthya trade). However, corals in this genus are poor choices for aquarium hobbyists. They generally die within a few weeks, mainly because they lack photosynthetic algae symbionts (zooxanthellae) and must rely instead on filtering food particles and dissolved nutrients from the water.