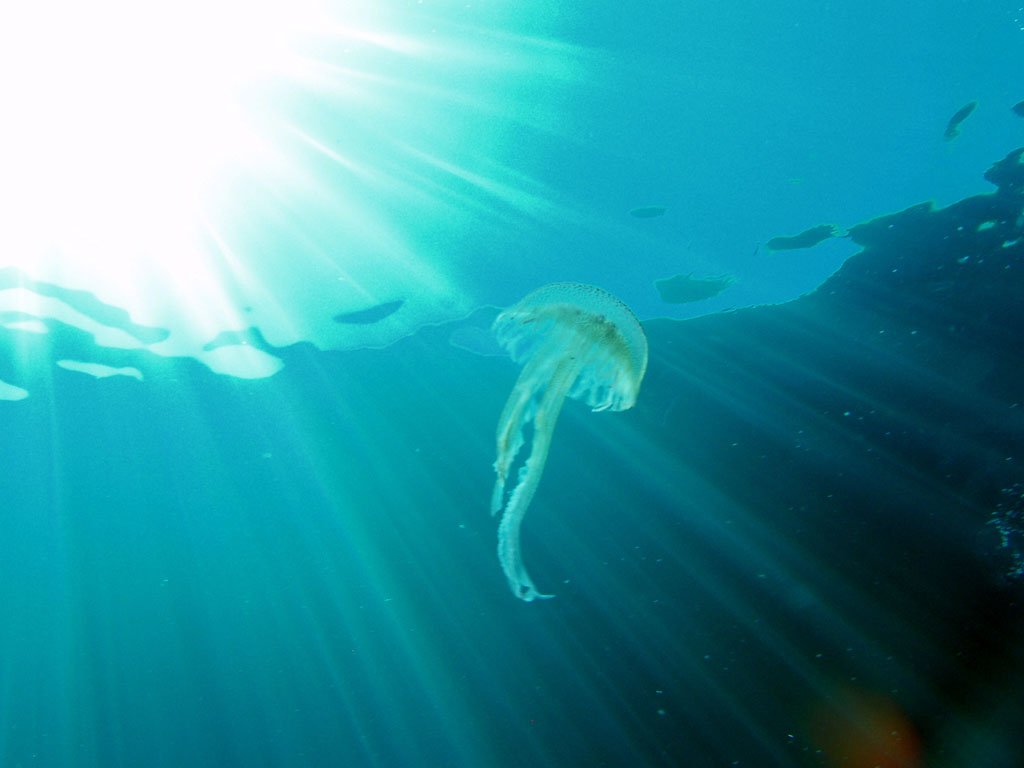 
Pelagia noctiluca is the most venomous Mediterranean jellyfish. However, its sting is usually limited to the skin surface with local pain which lasts for one to two weeks. In some cases the sting can leave scars, or pigmentation of the skin lasting for several years. Should you be stung by a jellyfish, immerse the affected part in hot water of 45 oC,or apply a hot pack, for 20 minutes. You can also try rinsing the area with vinegar for 30 minutes. Remove any tentacles left on the skin.

As its other name suggests, the luminescent jellyfish gives off light. When water is disturbed by waves, or a ship, the jellyfish flashes attractively for a short while.

The jellyfish can move vertically, but are unable to propel themselves horizontally and so are carried by currents. They move up and down in response to migrations of their prey, zooplankton.

Intestingly, a group of jellyfish have their own collective noun, in fact they have two: a "smack" or a "fluther" of jellyfish.

In 2007, Irish Salmon farms were overwhelmed by hoards of mauve stingers which slaughtered tens of thousands of salmon. Overfishing and bycatch has taken a toll on animals that eat jellyfish, like chum salmon and leatherback turtles.