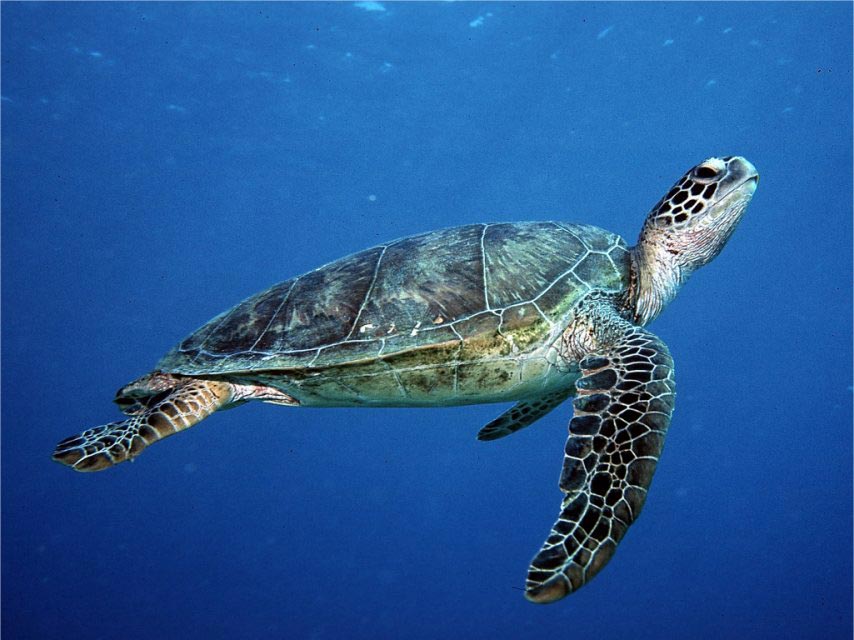 
Turtles can travel over 1000 km in a single year. Because male turtles do not leave the sea (except to bask in the sun), most of the information we have about turtles is based on females.

The Green Turtle is found in all tropical and sub-tropical seas. It grows up to 120 cm and can weigh up to 230 kg. It is largely vegetarian.

On the IUCN Red list of endangered species, numbers of green turtles are decreasing. The IUCN writes that "Perhaps the most detrimental human threats to green turtles are the intentional harvests of eggs and adults from nesting beaches and juveniles and adults from foraging grounds.". Other threats include bycatch in marine fisheries, habitat degradation at nesting beaches and feeding areas, and disease. The book Fire in the Turtle House tells how turtles have been hunted to populations that are a shadow of their former glory and how they now face widespread fibropapillomatosis (or ‘FP’), a debilitating plague of tumours that threatens to consign them to the history books.

Other Turtle Photos: More turtle photos are on our Google+ page