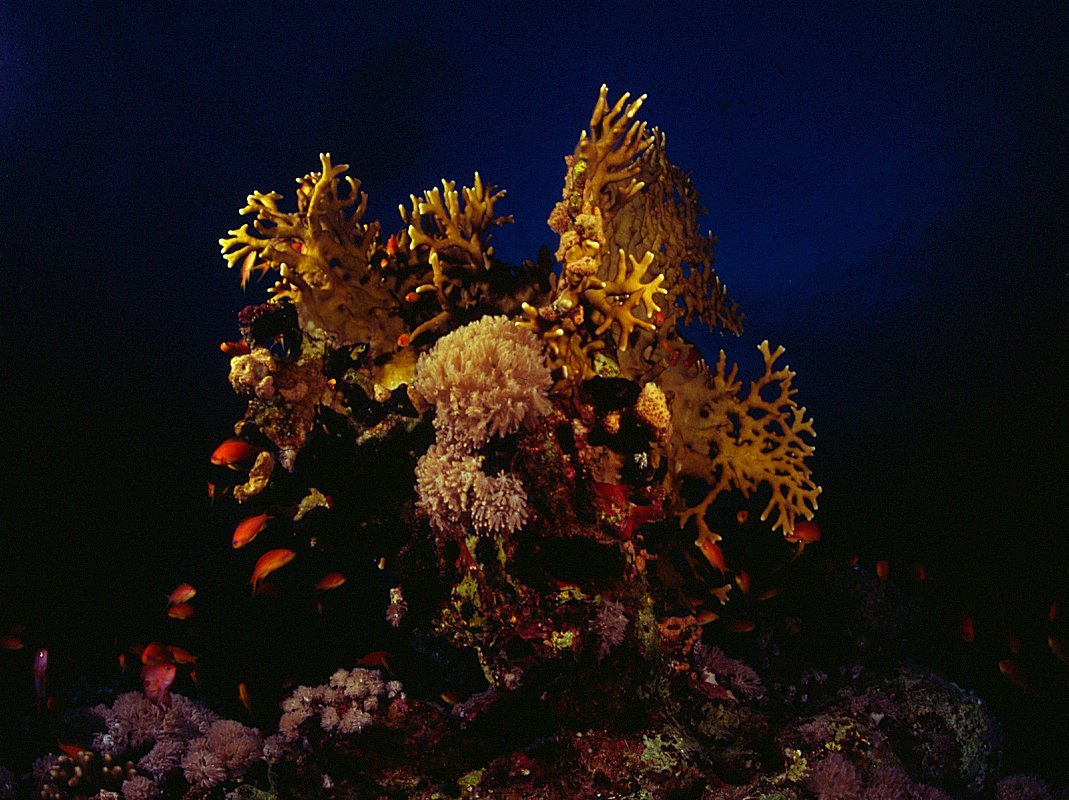 Fire corals are so called because of their powerful stinging hairs or nematocysts. These are used primarily for defence against fish like parrotfish which would otherwise nibble the coral. However, they are strong enough to injure divers who brush their skin against them, causing burning and itching. If this happens rinse with seawater and apply vinegar or methylated alcohol on the affected area. In a severe case anti-histamines can help, but seek medical advice.

Colonies of fire coral are extremely important in building coral reefs. However, they are not true corals. They are, in fact, hydroids. The word hydroid means water animals. Other hydroids often look like ferny fronds growing from rocks. The fire coral is different: it looks like a hard coral.

Fire corals are yellowish to brown in colour, often with white tips. There are several species, with different growth forms. Some look like plates, some are encrusting but maybe the most familiar is the branching form shown above. You can identify them by the minute pores on the coral surface.

Divers come across fire corals on reefs throughout the world, in sheltered and exposed sites, in shallow and deep water. They are often at the reef edge as they can withstand rough waters. Look at the orientation of the coral branches: they grow so as to minimise their exposure to the waves.