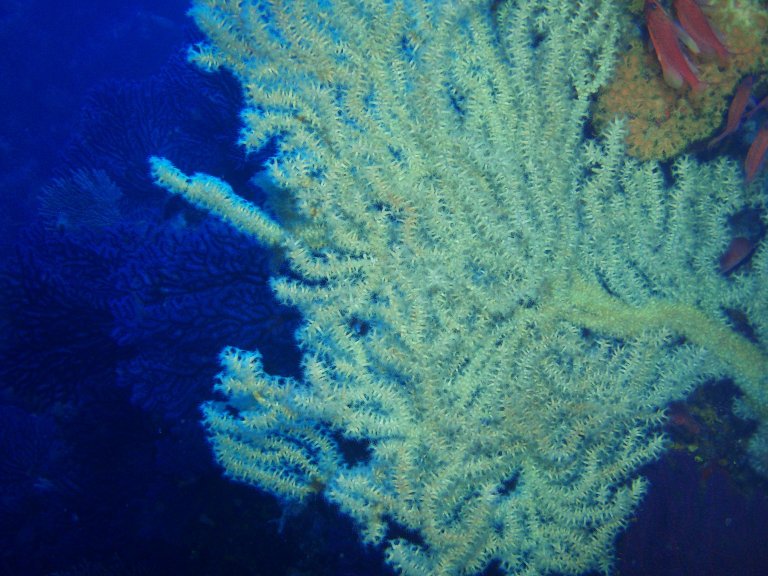 
Along with sea anemones and hard corals, the False Black Coral is a member of the Zoantharia subclass. Although capable of forming its own skeleton, into which it incorporates sand and other small pieces of material, this species instead usually lives on the surface of a Gorgonian or other invertebrate. The invasion takes place on both living and dead colonies, which are progressively destroyed by the Gerardia.

Although named False Black Coral, Gerardia savaglia appears not black but bright yellow. A true black coral is a member of the Antipatharia order and is gorgonian-like with a black skeleton.

You can find the False Black Coral between 50 and 80 m in the Mediterranean, the Canary Islands and Madeira.

Colonies of G. savaglia are extremely long-lived. It is believed that some formations in the Mediterranean might be more than one thousand years old.

The jewellery industry has exploited the false black coral: large colonies have been extracted and used to make costume jewellery.

Gerardia savaglia is named as a "Strictly Protected Fauna Species" in the Convention on the Conservation of European Wildlife and Natural Habitats.