Best Dives in the Caribbean: Top Ten in 2022

4 January 2022
The Caribbean Sea stretches from the Gulf of Mexico and Cuba in the north down to south America. The water is warm and mainly calm. With wrecks, coral reefs, caves, walls and sharks - there are some fantastic dive sites. Here are ten of the best, as voted for by divers.

Tell us about your top Caribbean dives

Belize's Blue Hole is around 300 meters (1,000 feet) across and 125 meters (400 feet) deep. This vertical cave contains remnants from its days above water - stalactites are preserved underwater. It is believed to be the world's largest feature of its kind. Inhabited by sharks with great visibility and cross from salt to fresh water at around 15 m. With beautiful rock formations, the hole drops down 148 m. Compare prices of Belize diving trips. 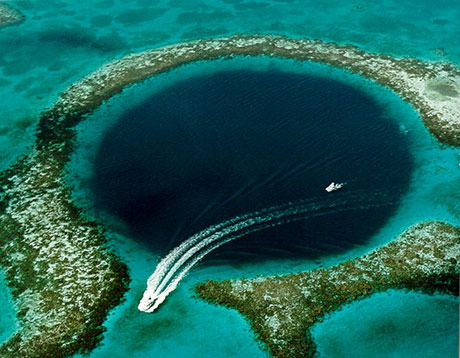 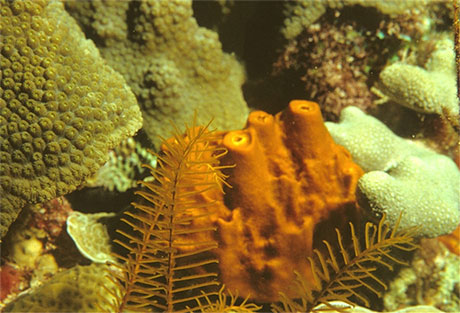 Coral pinnacles rise from a slope between a sandy area and a drop-off. Swim-throughs and tunnels. Generally good visibility and gentle currents for drift diving. Nurse sharks, turtles, eagle rays, stingrays, lobsters, crabs… Palancar Bricks got its name from the bricks that were dropped here by a capsized barge in the 1950s. 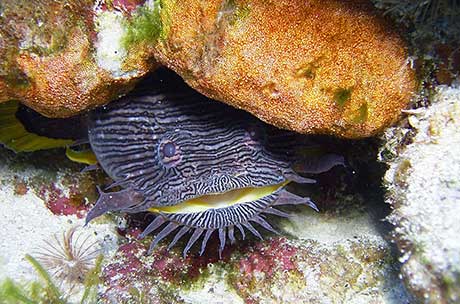 The Cenotes of Mexico's Yucatan Peninsula feature fresh water above salt water: a fresh and salt-water dive in one. The cenotes (or sinkholes) along the Caribbean coast connect with flooded cave systems like Sistema dos Ojos. The visibility can be fabulous with the sunlight shining down through the water. The light is enough to take your breath away. 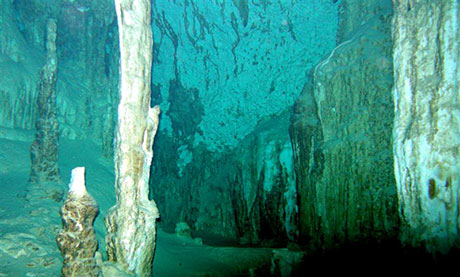 Read more about the Cenotes 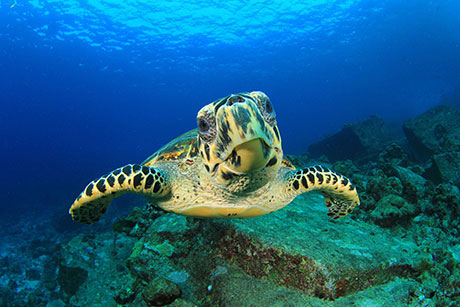 Deep 40m dive through coral caverns and a winding complex structure of the dive. Breaks through to an amazing wall dive coasting upwards through the amazing clear waters with lots of green turtles. Called the Devil's Throat because of a narrow swim-through. A narrow tunnel takes you down at a 45o angle. Once outside, another entrance leads to a chamber known as little Cathedral, which is a large cave opening with giant sponges where light passes through. 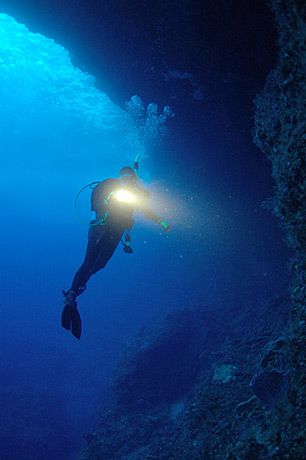 Read more about diving Cozumel and the Devil's Throat

Full of life, Half Moon Wall is punctuated by tunnels between the gorgeous colourful sponges and sea fans. Unbelievable visibility and you might see eagle rays, reef sharks and turtles. Compare prices of Belize diving trips. 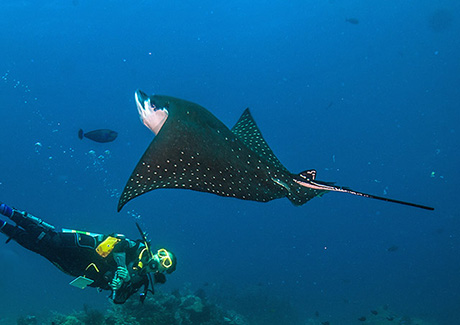 Lies on the sandy bottom of a beautifully reefed slope, near Kralendijk. Big wreck with sponges, pristine coral, terrific sea fans and loads of fish. A dive with something for everyone.

In 1984 customs officials discovered almost 12 tons of marijuana on the Hilma Hooker. The captain and crew were arrested and the ship moored at the pier. However, she was in a very poor state of repair and the authorities were worried that she might sink, causing a shipping hazard. Dive operators started campaigning for the ship to be scuttled to attract dive tourism. The ship was moved to between two reefs, over 30 m of water. Whether by design or accidently, she began to list and a few days later sank.

The Rhone is blanketed in color from coral and sponges. You almost always see turtles and barracuda and it's teeming with fish: sergeant majors, angelfish, parrotfish, durgon. But it's a popular dive site for other reasons as well. It is the wreck of a 310 foot steamer that went down in a hurricane in 1867. She's in two sections. The bow is about 150 feet long and at about 70-80 feet of water. You can see the bowsprit, foremast with crow's nest, a cannon. Stern is in 30 feet with a huge propeller 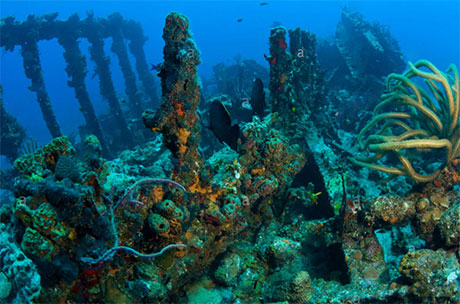 Read more about diving The Rhone

The place to go to photograph tiger sharks. And not just tiger sharks but lemon, caribbean, nurse and sometimes hammerhead sharks. The tiger sharks are at this shallow dive site year round, and dives can be long. 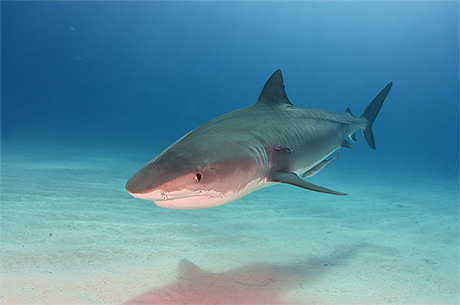 Other dives to look at in the Caribbean include Bookends in Speyside, Tobago. Not enough divers know about this to vote for it, but it features a thrilling drift dive through mini canyons.