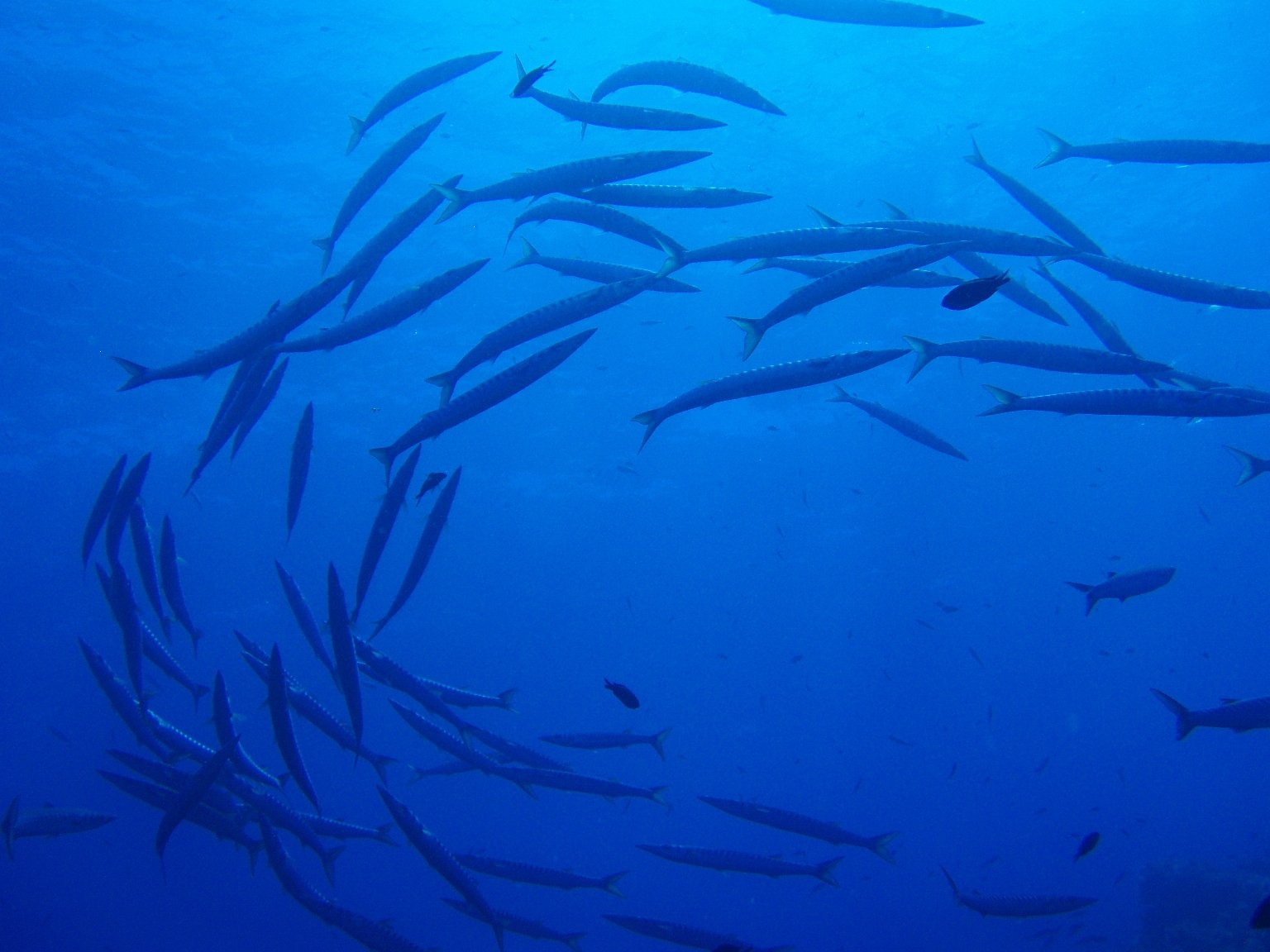 In blue warm water, being circled by a shoal of barracuda makes for an extremely memorable dive. These silvery fish have an unfair reputation for being dangerous to divers. In reality they will not attack a person unless provoked.