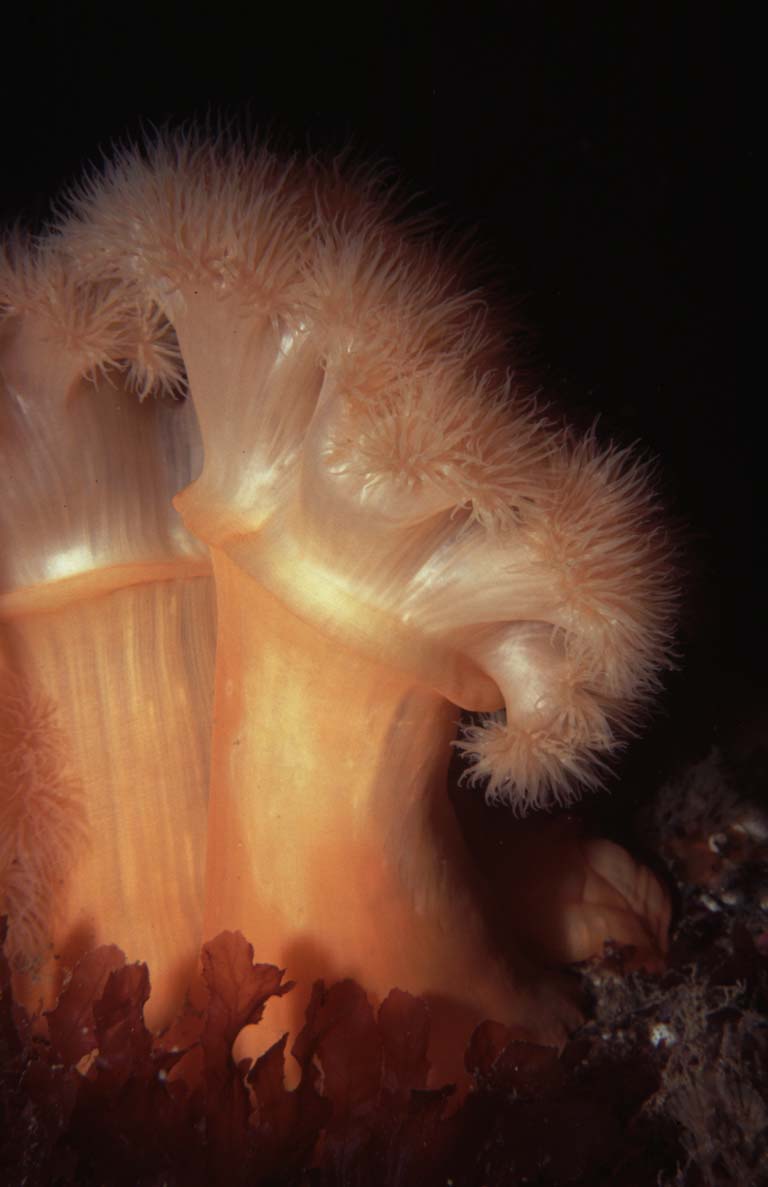 Plumose anemones occur in large numbers in good diving areas in temperate waters. They comprise a tall, smooth column topped with a crown of feathery tentacles. When they contact they look like swirly blobs.

Individuals may be white, orange, green or blue in colour. They grow up to 30 cm tall and 15 cm across at the base. They like areas with currents so tend to live on prominent pieces of wrecks or on rocky pinnacles.

With fine, delicate tentacles they are unsuited to capturing large animals like fish. Instead they specialise in smaller prey such as small planktonic crustaceans. The anemonne's columnar body is narrower just below the tentacles. A current will bend the stalk at this point and expose the tentacles broadside to the flow in the best position for feeding on suspended matter.